I never realized just how many kinds of olives there are until I came upon an olive merchant at the Rue de Mouffetard where he let me sample the numerous varieties and flavors of olives from all over Europe. Greek kalamatas, Turkish dormatas, Spanish manzanillas, French pichoulines and classic Niçoises and many many more. I got dizzy trying to choose which varieties to buy, but I think I ended up selecting 3 kinds to go with the cheeses I bought. 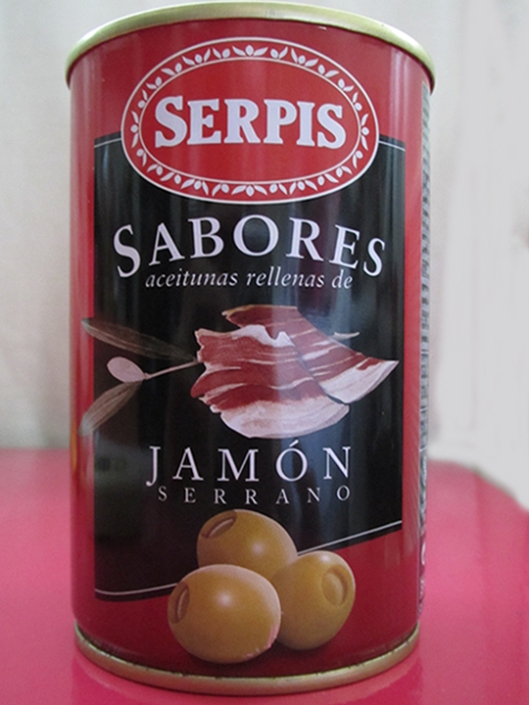 More often than not, the olives served in so-called tapas bars in Manila are nothing more than commercially bottled olives. Blecch! But one late afternoon, my friend and I decided to hang out at the Barcino deli in Greenbelt 5. There we sampled manzanilla olives stuffed with jamon serrano and were very pleasantly surprised at how wonderful they tasted! Serpis also has olives stuffed with blue cheese, chorizo, anchovies, tuna, and even chili picante. 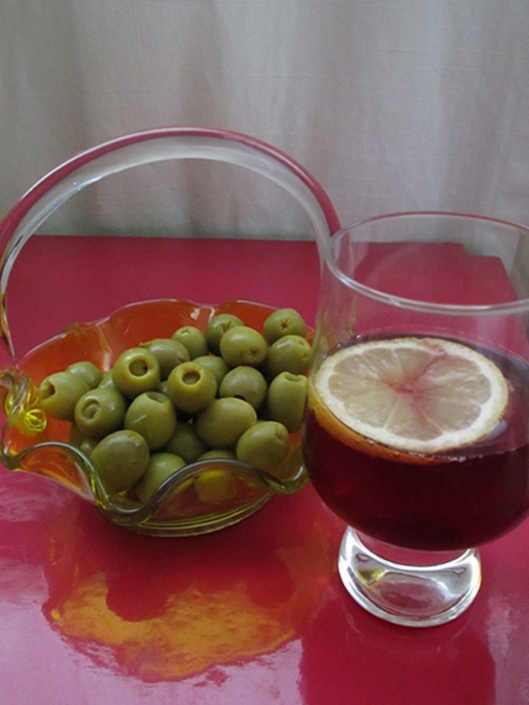 These stuffed manzanillas, made by a Spanish company called Serpis, were the bomb! Not too sour and the tiny sliver of jamon adds that nuance of umami-ness that was so addicting. Washed down with chilled tinto de verano, they were perfect! I’ve stocked up a few cans of both the Serpis stuffed olives and the tinto de verano from then on — I open them up when I feel like indulging in my own private tapas session, with some aged manchego and good, rustic bread.

Tinto de Verano (transliterated as “the red of summer”) is refreshingly citrusy and summery. It’s similar to sangría but much easier to make, if you don’t like canned — it’s simply 1 part red wine and 1 part lemon or orange soda. Served well-chilled or over ice and with a twist of lemon, it’s the perfect refresher on a hot summer afternoon. This is also available at the Barcino deli.

This site uses Akismet to reduce spam. Learn how your comment data is processed.